Check out our recap of some of the best performances from Ernie Ball artists last week using their gear.

With all of it’s tonal possibilities, the ‘Valentine’ guitar had me covered for the TV debut of our new single, ‘Wait’— it has a simple riff I play with the bridge pick up and a ton of reverb. We got the chance to play a couple more songs for the audience after the cameras stopped rolling. I switched over to the middle pickup and activated the coil tap for a more straight ahead clean funk sound for ‘This Love’ and ‘What Lovers Do’. It’s great that I don’t have to switch guitars.

On Monday night, Walk the Moon performed a high-energy rendition of “One Foot” on Jimmy Fallon’s Tonight Show. Even Eli Maiman got into the groove while playing his black Cutlass guitar with Cobalt Regular Slinky strings.

Proving that you can never have too many Ernie Ball Music Man instruments on hand, Eli also showed off his Starry Night St. Vincent guitar on stage. We love playing Fallon. He’s such a kind, funny dude, and he’s really passionate about music. This was maybe our third or fourth time playing his show. He was actually the first guy to give us a shot, back in 2012.

Following the successful release of singles “Back to Me” and “Unbreakable”, Of Mice & Men have finally gone live with their newest album, Defy. Check out the band’s music video for “Back to Me,” with members playing custom gauge Slinky strings.

New Found Glory and Bayside announced that they’ll be heading out on a US tour together, among other bands. This comes after NFG’s newest album, Makes Me Sick, was released at the end of 2017. 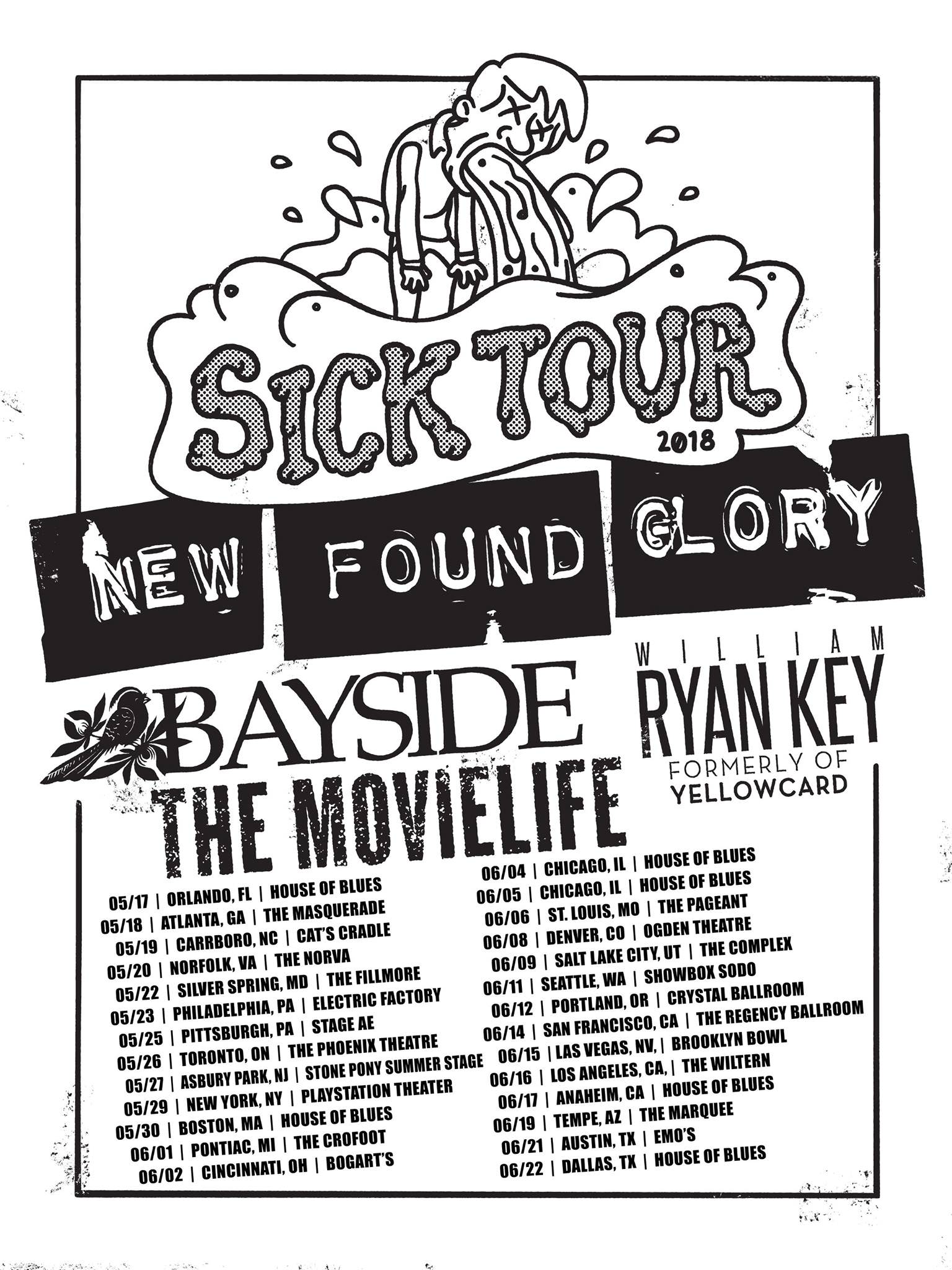